Rand was baptized on Saturday, November 3. He read the whole Book of Mormon with Steve and finished on his birthday in September. He had his interview with the Bishop and he was ready. 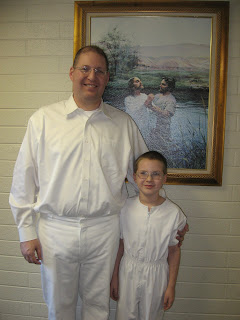 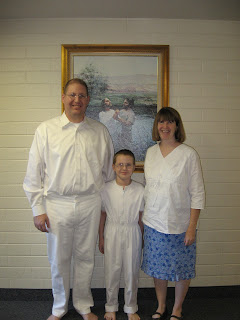 Saturday was such a nice day. Krista also came in for a short visit and we had the whole morning to relax. There were 4 kids getting baptized and they asked our family to do a musical number. Rand chose "When I Am Baptized" because he said he feels the spirit during that song. He had several friends and teachers and leaders from our ward come too and we all were happy to see him. Steve baptized him and Grandpa Boivie and his teacher Br. Rogers were the witnesses. The spirit was strong as we sang songs and mom and dad got to bear their testimonies just before Rand was confirmed and received the Gift of the Holy Ghost. 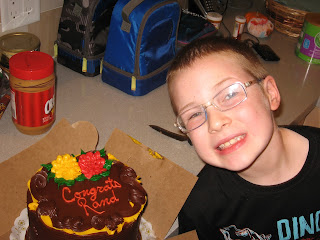 We then came home for the meal Rand chose - hamburgers from In & Out and chocolate raspberry cake. We gave Rand new scriptures and he got some marking pencils from Grandma and Grandpa Boivie and a gift from Krista. Rand has already started the habit of reading his own scriptures now, along with writing in a journal and saying his prayers, and I can tell just generally he is trying to be even better and make good choices. Rand and Rhianna also bore their testimonies about how they felt at church on Sunday. What a good weekend! 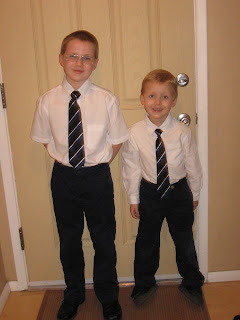 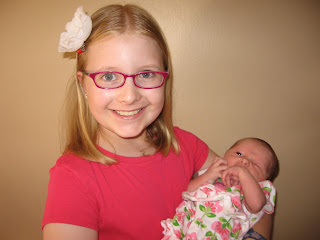 Posted by Stephanie at 2:53 PM