Yesterday Rand and Seth finished up their Parks & Rec classes. Seth's class was called Happy Feet. It was the class that best fit into our schedule. Seth was the oldest in the class and I was worried it would be too boring or simple for him. But he is a social, active kid so I think it was just fun for him to get out. We would do stretches to start and then other simple activities (like jump the river, dancing dots, train, bean bag toss) that are sort of dance related. My favorite was that as we would do stretches and the teacher would count slowly to 8, Seth followed exactly what he was supposed to do - just as speedy as he could. Then he would turn to me and say, "I made it to 26 (or 17 or 22 or whatever)." 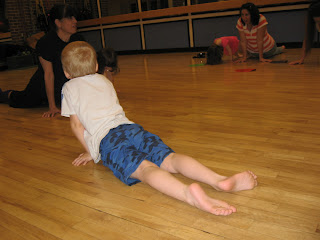 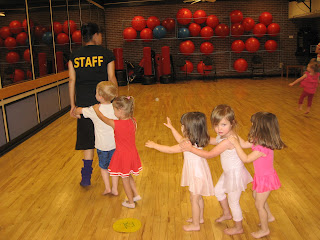 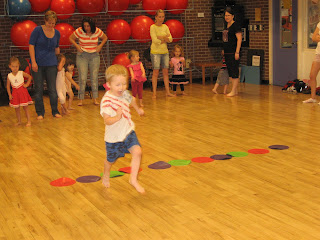 Rand did Tae Kwon Do. He was really good and really liked the class. He is good at paying attention and following directions. During class they would learn and practice different kicks, hits, and blocks, and talk about safety as well. All the kids then liked practicing the moves at home and were good about not practicing on each other. For the last day of class, they even got to break boards. These are re-breakable boards of varying hardness. They don't use the wood boards because they are harder and more money and then only break once. The teacher was really great and Rand had a fun time. 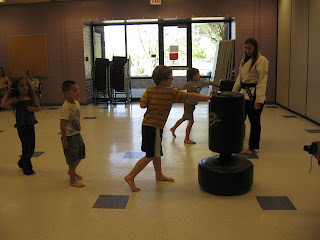 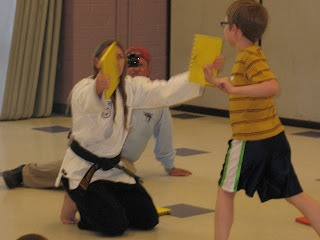 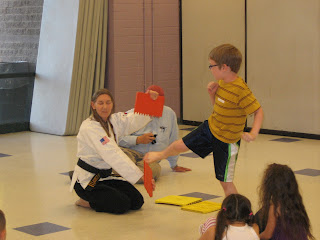 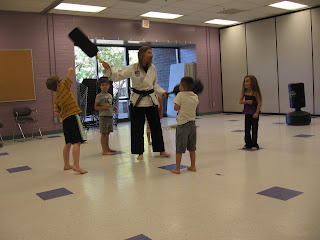 Posted by Stephanie at 8:43 PM