Today is Rand's 7th birthday and we did a few things to celebrate. 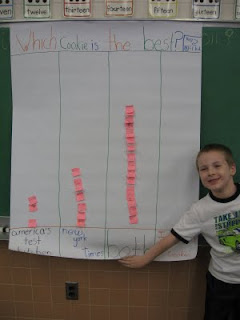 Rand does a good job of telling us about school. In the last few weeks he told us they had talked about scientists and charts and cookies...so we put all of that together for his birthday. Steve suggested for his treat that we make the 2 very good recipes we know and let the kids test them. It was a fun thing to do. I told them about my uncle, the ice cream food scientist. I told them we had to do the experiment the right way and so I wouldn't tell them until the end which cookie was which. Most kids liked both, but a few more (7) liked the New York Times version more than those who liked the America's Test Kitchen version (3). Then I told them a little about the 2 recipes that made them different and may be the reason why they could taste a slight difference.

Next - Rand got to pick out dinner. He had Steve pick up Jack-in-the-Box on the way home. He had a huge breakfast sandwich. 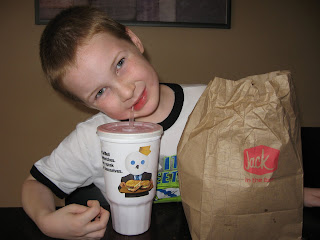 Then - Rand opened presents and played. This was mainly a LEGO birthday. It is a toy he plays with a lot, following the directions, but often just creating his own little things. He also got a chess set and so now we all need to relearn the moves and play. 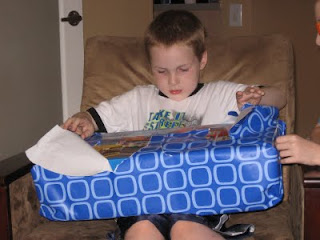 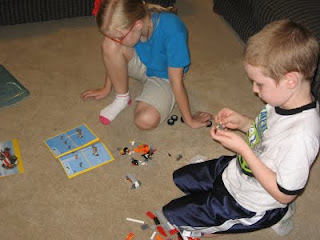 Finally - Rand had friends over. He really wanted friends to come play on his birthday. 2 friends from school were able to come. We created little LEGO things (use 7 legos and make something, make a lego animal, make something using only green and blue...). Then we ate LEGO cake with ice cream. I had fun doing my best on the cake and we think it looked pretty cool. 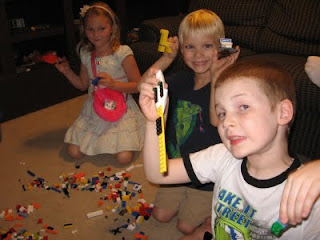 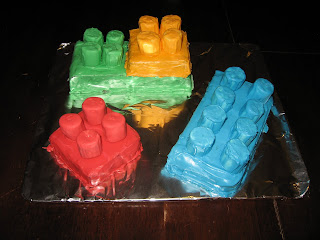 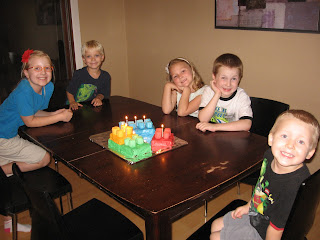 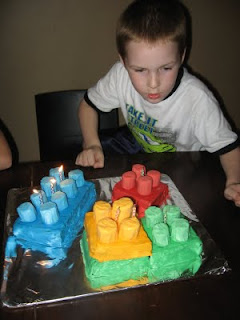 The cake did turn out cool. I may steal that idea for andrew. Happy 7 Rand!!

I've made a legos cake before too! Fun idea.