The trip home went very well but was exhausting. First we left Jaipur on Thursday morning at about 10 am to drive back to Delhi. We arrived at the airport at about 5 pm. We had to wait a few hours to check in. Then the Delhi Airport had a nice kids section and play area and we spent our last few rupees on McDonald's ice cream. It was good for the kids to play for a few hours. Krista left first and then our flight left at 11:30 pm. The kids did great. We all watched movies and shows, ate food, and slept okay. 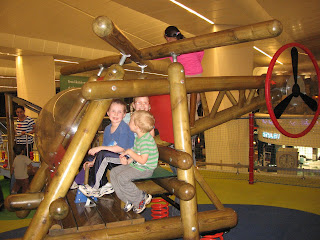 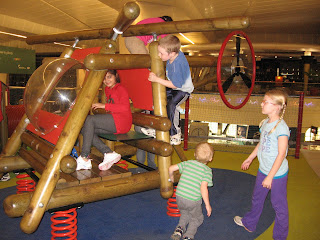 We flew first to Singapore. One of the exciting things was this was a brand new A380 Airbus, the largest commuter plane in the world. It has a full 2 decks. The main deck has economy class (where we were) and what they now call Suite Class because they seriously have their own little room. The upper deck has Business Class and more economy. We also noticed that this plane, as huge as it is, lands smoother and brakes quicker which was nice. It was the first of this type of plane to ever fly to LAX. So in the Singapore Airport they were having a party and took our picture and had a full buffet. It was great food and a nice different flight. 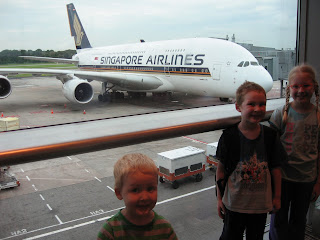 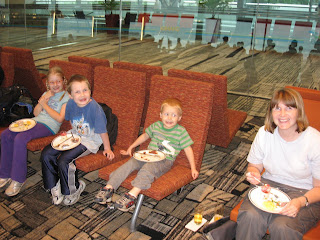 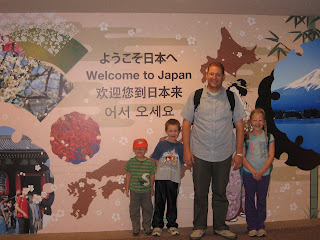 We flew to Tokyo first and then had the long flight over the ocean to LAX. When we arrived at LAX you could see this was a big event there too since there was so much staff on the ground to greet the plane and they had the fire department out there to spray the plane in welcome. We did have to do a little extra scanning since they wanted to be sure no diseases from the soil were being brought in on our shoes. But otherwise customs and entering the US went quickly. But we really felt the long travel then. My body was aching and I was so tired of sitting. It had been July 1 for us for so many hours. We had the final flight back to Tucson and got home at about 7 pm.

We are glad to be home. We are still tired but getting close to being adjusted again. When we arrived our A/C was broken. We again are grateful for the Neumillers. Bob came that night at about 8 pm and found that it was a blown capacitor. He then called another of his friends with the part and we had a working A/C again - necessary since it was 106 outside and 97 inside our house. Seth immediately said he did not like his carseat and didn't want to sit in it. The kids thought the peanut butter sandwiches I made for dinner the first night were super delicious. We have also really enjoyed our regular cold skim milk, sharp cheddar cheese, and strawberries since we have returned. It was a great trip and we enjoyed the experience but are also grateful for what we have and to be back in the US.
Posted by Anonymous at 8:57 AM