I think Stephanie did a fantastic job of describing our trip to India and putting up pictures of our experiences. However, we had so many cool pictures that I thought it would be fun to do a couple of additional posts that have some other pictures. Over the next few days I will probably do 2 or 3 of these. I hope you enjoy. 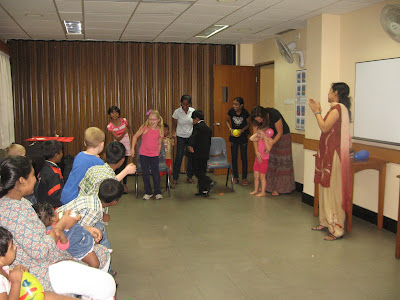 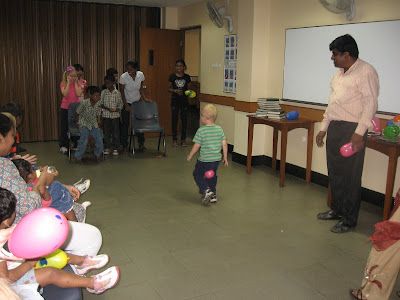 These two pictures are of our kids at a primary activity. Our kids had a lot of fun playing games with the local children from the branch. 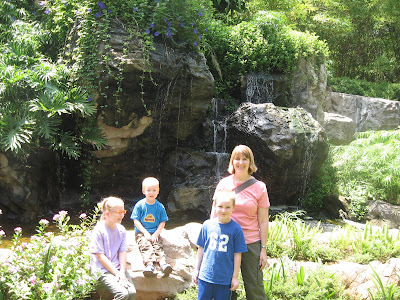 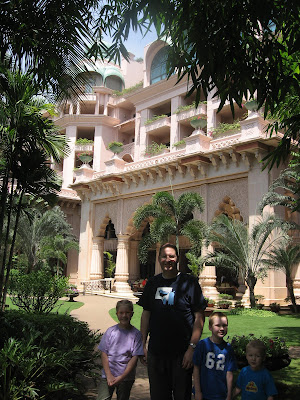 These two pictures are at a very nice hotel called the Leela Palace. I wanted to show some of the beautiful design of the hotel, and also the lovely waterfall. 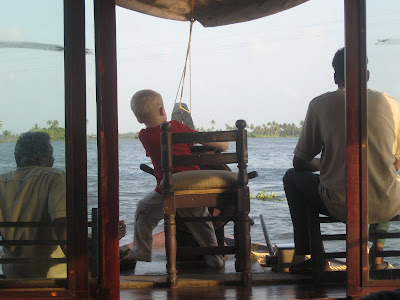 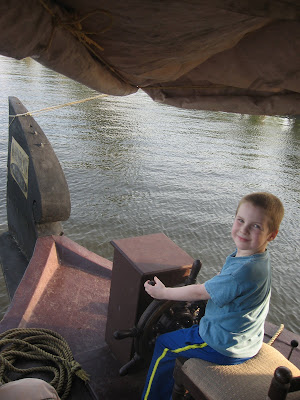 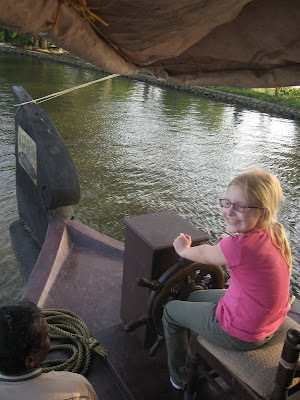 More pictures from the houseboat. I just wanted to show that each of the kids got a chance to drive the boat. I also wanted to show Seth pulling hard to steer the boat, and one picture of Seth trying to fish. 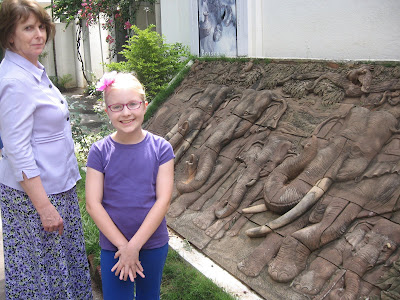 This was actually outside of a very nice store in Bangalore, but I loved the carved wood panels. 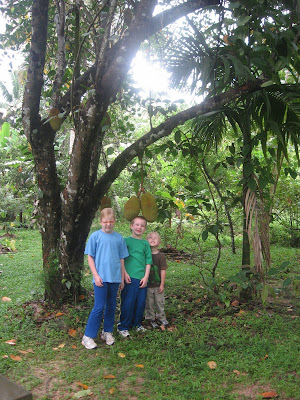 These are jack fruit. They have a very sweet, almost sickly smell (as you can see from Rhianna's face). 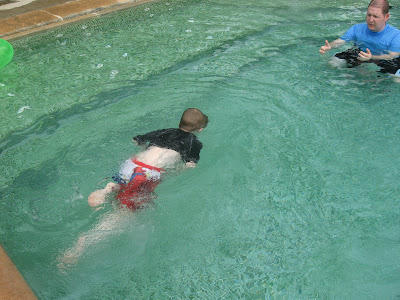 Here is Rand swimming. One day at the pool he just decided that he was going to swim and he did. It was fairly amazing. 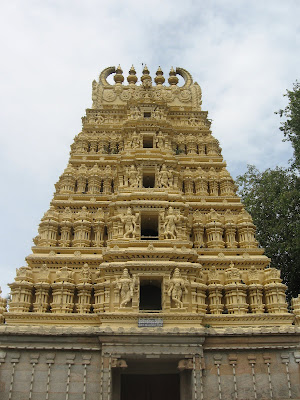 This is a picture of one of the Hindu temples outside of the Mysore palace. We saw many temples in India, and they all have lots of intricate carvings. 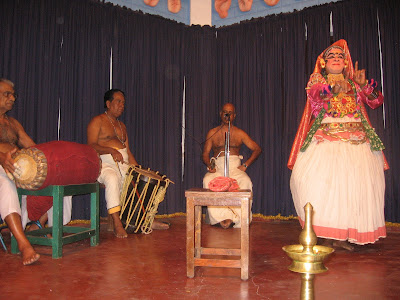 This is another picture of the Kathakali dancing. I like it because it shows the man dressed up as a woman and also the singer and the musicians. 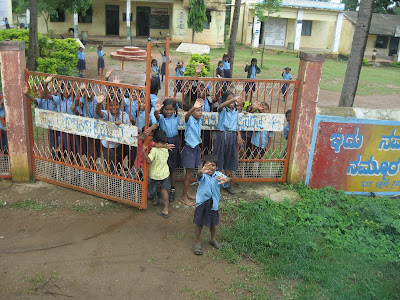 Some Indian schoolchildren in their uniforms.
Posted by Steve at 3:31 PM