Just wanted to report on two of our summer fun activities. Summerhaven is a tiny town at the top of Mount Lemmon. It took about an hour or so to drive up the mountain along a fun, and very windy, road. It was fun hearing the kids comments about the view out their window. Although Rand did start to say that he was tired of driving so far.

We decided to go up the mountain because we had heard that it was very pretty, and also that because of the increased elevation it was a lot cooler.

We had a nice time walking around the town, going into some of the stores. We had lunch at a pizza place there. We planned to go hiking after lunch, so we piled the kids in the van and drove to a hiking trail that would permit a stroller. However, by the time we got there both Seth and Rand were fast asleep. Stephanie was a little disappointed, but overall it was still a nice time. 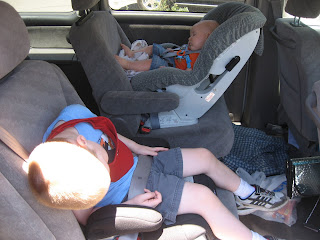 Here are some pictures we took while we were there. 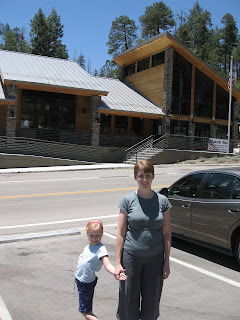 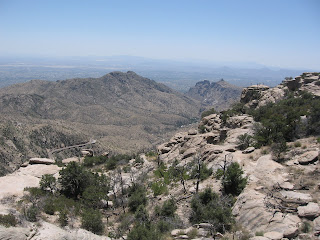 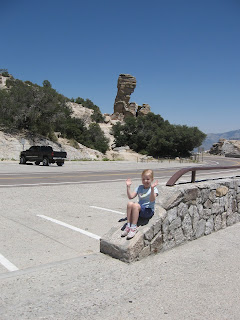 The circus was also a lot of fun. It was really neat to watch the kids expressions. The circus had acrobats and animal acts and clowns. It was quite a spectacle. The kids seemed to like the clowns and the animals the best. Stephanie and I were really impressed by some of the acrobats and physical performers. We didn't bring our camera so we don't have any pictures, but a good time was had by all. Rand did fall asleep right at the end of the first act, but we woke him up after intermission and fortunately, he woke up happy.
Posted by Steve at 12:54 PM